Virgil Abloh proposes menswear, womenswear, and a seemingly endless stream of collaborations surrounding all kinds of branding into a realm that confidently bridges streetwear and high-end fashion.

Born in Rockford, Illinois, in 1980, Virgil Abloh is an architect, creative director and designer. After graduating in civil engineering, he choose the specialization in architecture at the Illinois Institute of Technology, where, alongside the foundations of design, he learnt the importance of teamwork. His study plan is strongly influenced by the work of Mies van der Rohe, who studied in a campus realized by him.

He is shortly named creative director for Kanye West and his think tank "Donda". Over the years he collaborated with numerous artists such as Nick Knight, Riccardo Tisci, Kim Jones, Takashi Murakami, Olivier Rousteing, Giuseppe Zanotti, George Condo and works with Silvia Venturini from Fendi.
Caravaggio's work and the architectures of Mies van der Rohe and Rem Koolhaas are the most important artistic influencer for Virgil Abloh, who shaped his career following the principles of a creative collective such as the Bauhaus group. "Virgil Abloh has a sharp aesthetic sensibility," said George Condo, who painted the 5 covers of Kanye West's album "My Beautiful Dark Twisted Fantasy" in 2010.
Launched in 2013, Off-White ™ is the gray color zone between white and black. With a design studio based in Milan, the brand includes men's and women's collection, a line of items and furnishing accessories, and a series of publications, expressions of a contemporary cultural vision. 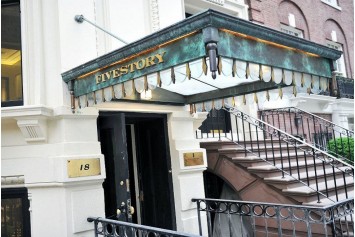 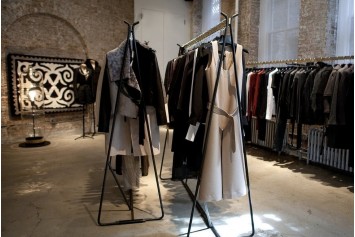