The brand Stussy was founded in 1980 by Shawn Stussy, a skateboard maker in California. He started to write his surname on skateboards, T-Shirts, shorts and hats, and selling them from his car around Laguna Beach. The signature was inspired by his uncle Jan Stussy. In 1984 Stussy made a collab with his friend Frank Sinatra Jr., that allowed Stussy's company to expand the brand in Europe. Subsequently he opened a boutique in Soho (NY) and in others american cities and the following years the brand had an enormous success as a brand of streetstyle, thanks to its street vibes.

Stussy was founded in 1980 by Shawn Stussy, a skateboard maker, and is widely recognized as the first streetwear brand of history.

Shawn Stussy strated by creating and designing skateboards, t-shirt, shorts and hats with his name on it in Laguna Beach (California), and transformed his passion and his lifestyle in a streetstyle brand.

The impactful signature on skateboards and clothing became immediately an incredible success, supported by the world of skateboarders.

Nowdays the signature is still recognizable everywhere and it's an icon of streetwear for his distinctive authenticity. 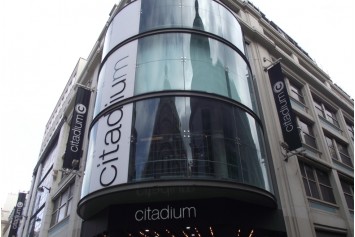 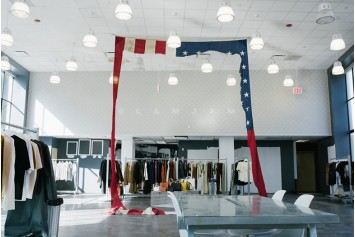 Other stores in Paris