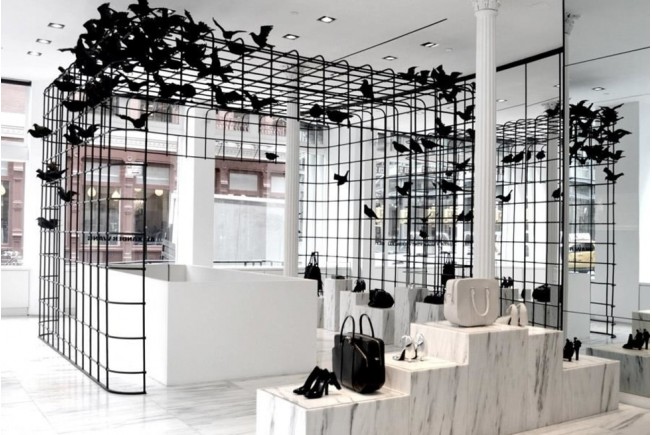 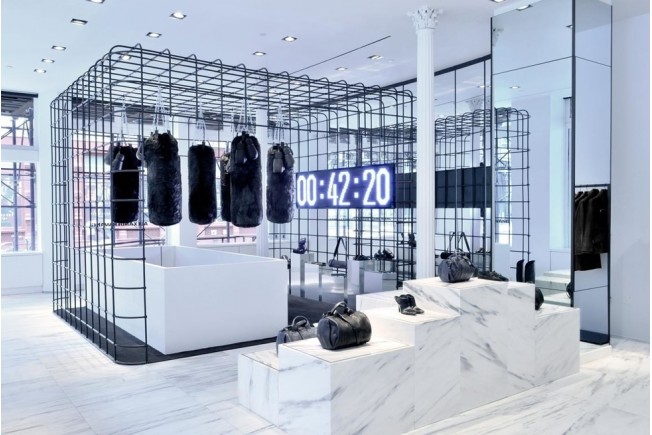 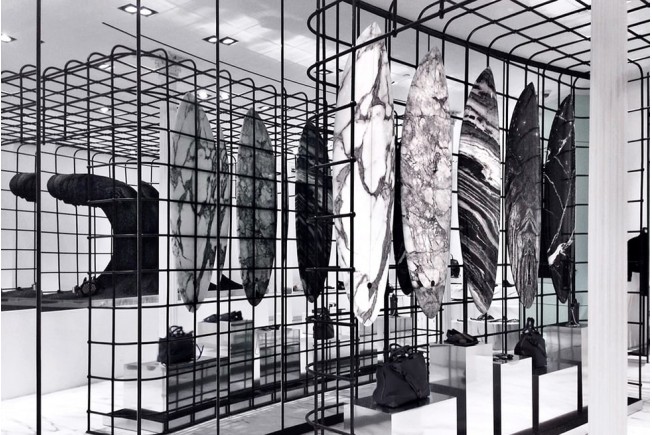 Alexander Wang, a boutique of minimal and avantgarde character in New York.

Alexander Wang is a famous fashion boutique founded by the American stylist in 2011. In 2007 he launched the first female collection and during the years Wang got a lot of successes and awards.

In 2008 he won the CFDA Vogue Fashion Fund Award, promoted by Anna Wintour and Vogue America. Besides the international recognition, the award also gave money to expand the brand.

In 2009 he received Swarovski Womenswear as Designer of the Year and in the same year T by Alexander Wang collection was born, characterized by a minimal, young and clean style, inspired by the world of sports and combined the search of right fabrics and the practicality and simplicity of the shapes.

Later, it was born the man's line and in 2011 the stylist received from GQ the award as Best Menswear Designer of the Year: in the same year he also opened the first boutique in New York.

The research and experimentation of materials have always been two fundamental elements characterizing the collections of Alexander Wang. Indeed, the stylist has always proved to possess a high sartorial ability, playing with contrasts, creating new combinations and new textures, trying to privilege androgynous looks and soft but rigorous lines.

In 2014, the designer realized with H&M the fall/winter collection for the low-cost house and in 2016 he collaborated with Adidas Originals: the goal was to create a collection combining American taste for streetstyle with the world of luxury sportswear.

The boutique has a very modern and elegant design, avant-garde and luxurious design. The setting plays a lot with neutral colors and the most used material is marble, but the most interesting feature is the black iron cage in the middle of the room, which is set up differently according to the occasion: sometimes with a flock of black crows, sometimes with marble surfboards. It is also very original choice to reproduce a black stone wave where shoes and accessories are placed.