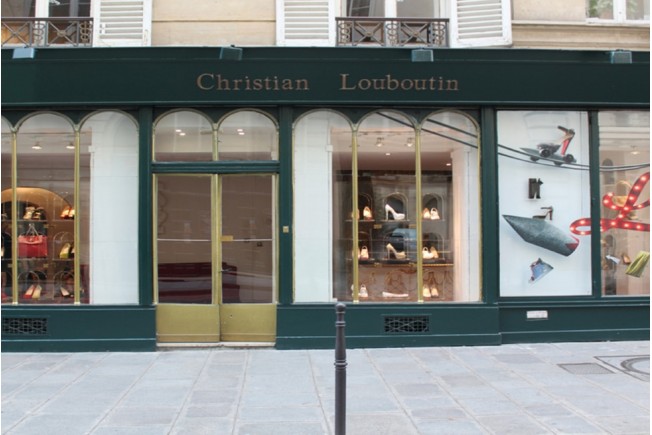 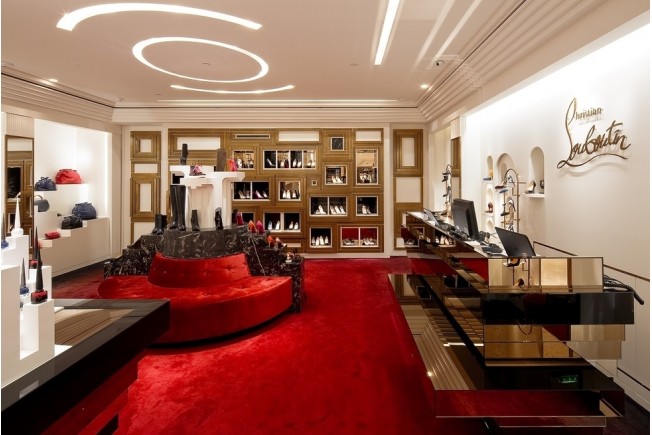 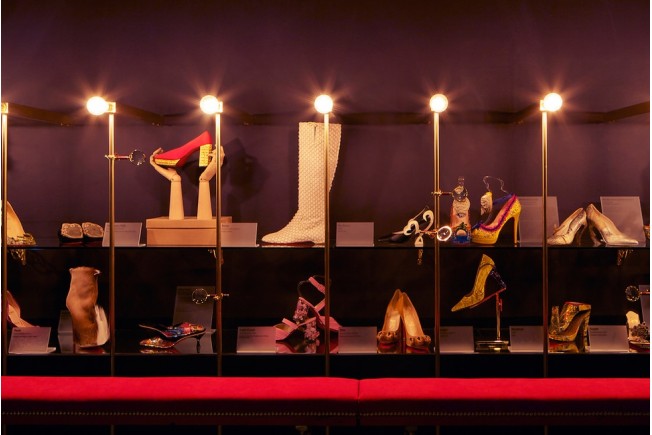 Louboutin, the Parisian boutique selling the most famous red sole shoes in the world.

Louboutin is a Parisian fashion brand became famous all over the world for its luxury shoes. The founder Christian Louboutin in 1992 had the brilliant idea of creating a type of shoes different from all the others: indeed, these shoes had the red sole.

The idea was born when, at the entrance of a museum, the designer saw a sign of ban for women visitors to enter with high heels to avoid ruining the floor. That image was a real source of inspiration for the designer who obtained an enormous worldwide success.

Recently, the designer launched also a collection of bags and cosmetics, but his biggest success remains his shoes: the toe shoes with high and vertiginous heels are the most famous, but there are also other types, such as boots or sneakers for women but also for men.

The red color of the shoes soles is also recalled in the interior design of the various boutiques: from red carpet floors to the enormous velvet sofas. Often there are also some gold details, such as the furniture where can be found all the designer's creations or silver details, such as in the case of the stairs that are a snakes’ reproductions. In other cases, the design elements are more colorful, but the color red is always predominant.