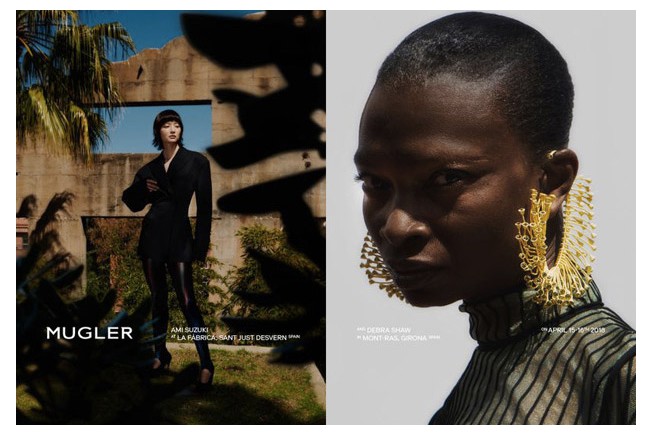 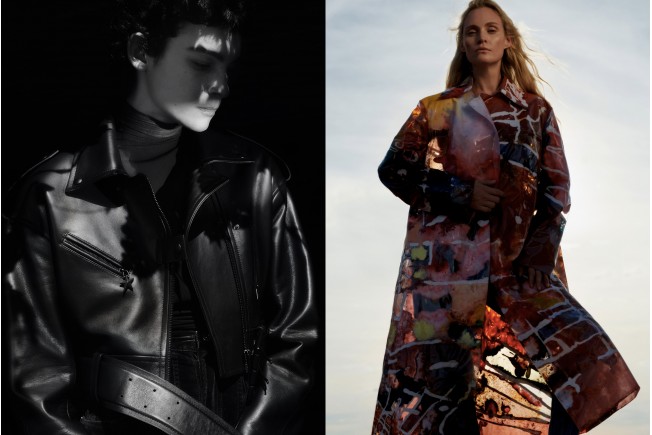 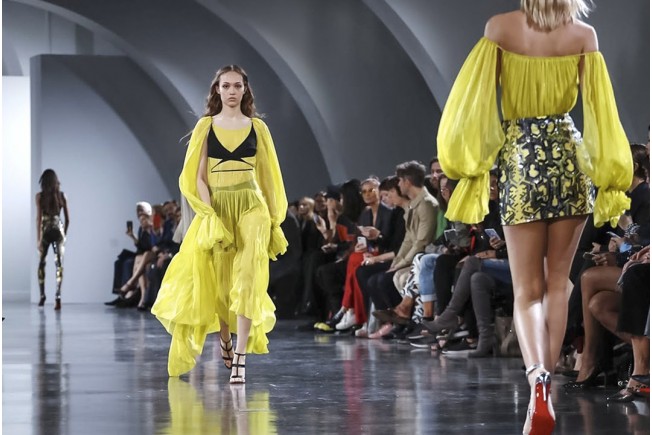 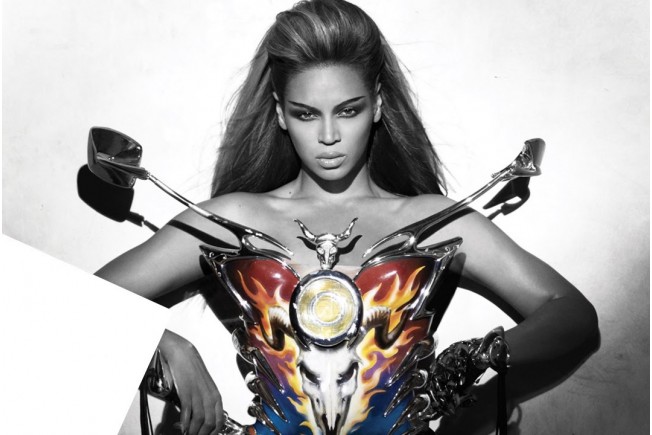 Evolution, avant-garde and the idea of a hyper feminine woman are fundamental points for Mugler, a continuous research in new but also old techniques are based on the principle of being able to infuse traditional mastery into contemporary creations.

Designer Thierry Mugler launches his eponymous fashion house in 1974, four years later he inaugurates his first boutique in Paris on Place des Victories, introducing an irreverent brand, inspired by architecture, dance, photography and art revolutionizing the world of fashion, through the use of tailoring, of body sculpture inspired by the animal world. The MUGLER woman has an unmistakable attitude, she lets herself be seduced by the dark side, she is precise, hi-tech and futuristic.

Since 1997 the artistic director is Casey Cadwallader, an American designer, who follows the ideals of Monsieur Mugler with architectural pieces mixed with leggings and reflective biker trousers in French satin that tell of his passion for technoliga and sportswear.

The star, symbol of the brand since its inception, even before the fragrance that celebrates it, has characterized all the creations: fashion, accessories, leather goods, jewelry. The star has been and always will be the symbol of Mugler creativity. From the catwalk to the fashion house, the blue Mugler is an iconic color. Such an emblematic color to dye the first fragrance: Angel, born in 1992 that overturns the codes and presents eternal bottles: every day allows the reuse of 4320 bottles.

The company aims at a responsible development to preserve nature, the search for quality ingredients, such as Sambac jasmine or Bourbon vanilla, allows the protection of supply sources to create a responsible and respectful luxury.