Gosha Rubchinskiy and its sad, hard and romantic style, influenced by the post-Soviet youth culture.

Gosha Rubchinskiy is a Russian fashion designer, whose name explodes at the global level in 2014. Gosha is not only adesigner, but also a photographer and videomaker. His collection is infused with references to the Post Soviet Russia to a very explicit grade that gave life to that immediate recognizability that can determine the success of a brand, obviously not alone. The aesthetics of the post-Soviet youth cultures, at the same time hard, sad and a bit romantic, are reflected in the collection as in everything that surrounds them: photos, catalogs, videos, lookbook. Everything looks original and peculiar and is curated with great attention and knowledge by Gosha.

This is the first brand produced and distributed by Comme Des Garçons and in June 2014 introduced it to showcase during the Paris Fashion Week and is included in its Dover Street Market. Although Gosha draws its collections since 2008 is from this moment that light up the media spotlight and the brand begins to be hosted in the best boutiquein the world, worn by trend-setters and published on the pages of fashion magazines both those consecrated and institutional, like Vogue, as those more alternative.

Then, also some important collaborations were born: with Reebok, Levi's, Fila, Vans. They will be the first of a long series. 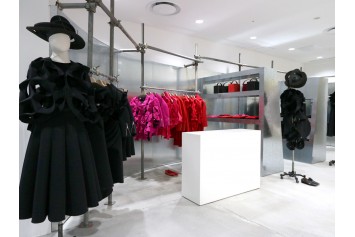 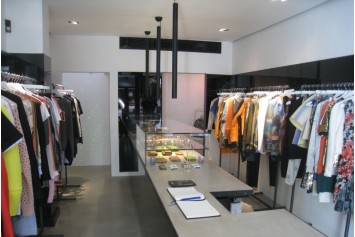