Born as shoes for the sporty man, the sneakers have gone to world domination in fashion footwear. On SHOPenauer you can find a wide range of sports shoes that vary from the most popular models such as high sneakers signed Jordan, low such as those from Alexander Mcqueen or slip-on Vans, up to those of iconic brands such as Adidas and Converse. If instead you are looking for new expressions of contemporary sophistication and high-performance design you should take a look at Nike sneakers. 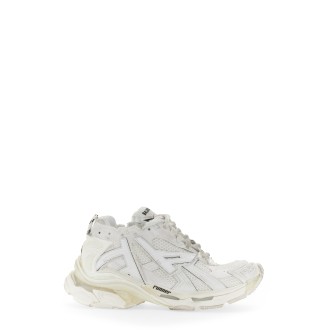 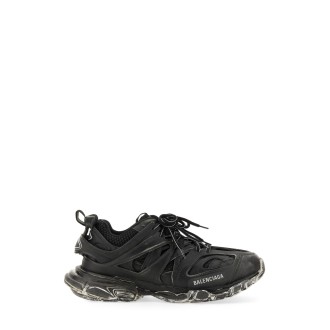 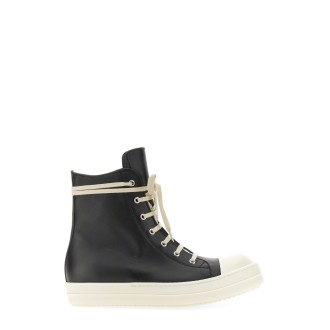 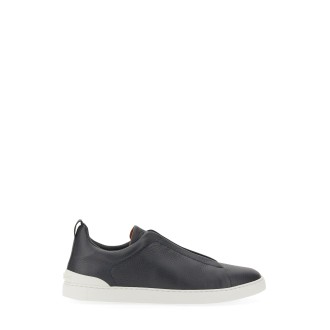 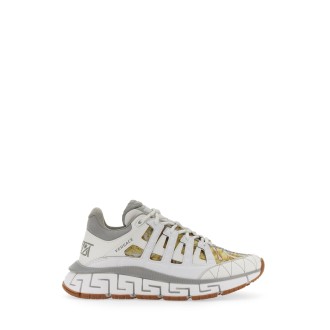 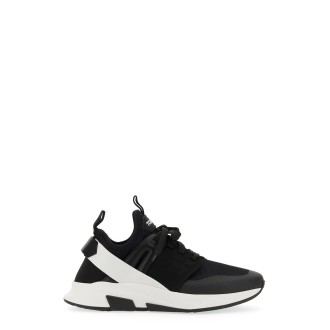 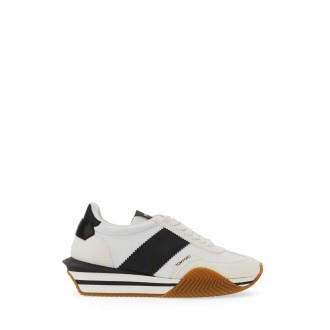 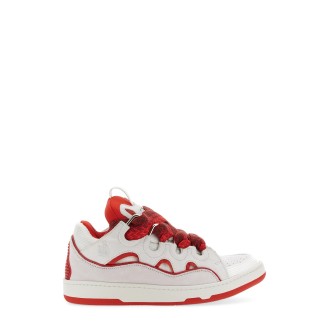 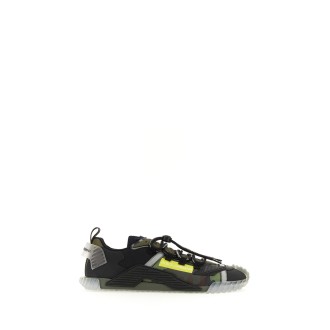 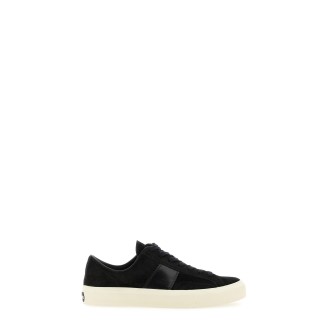 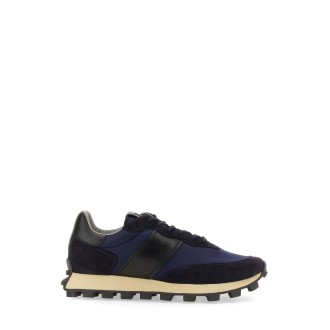 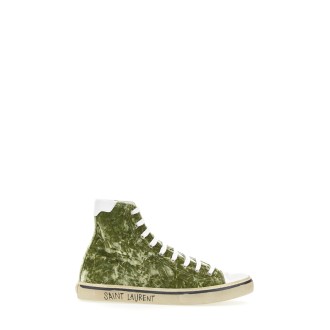 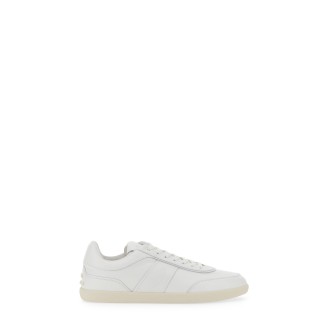 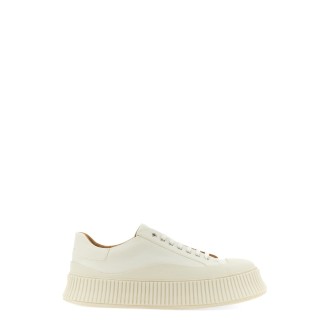 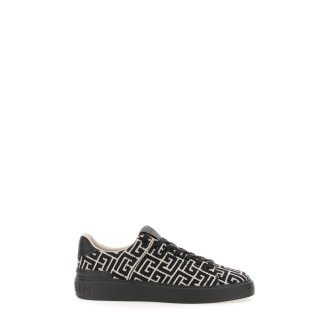 The men's sneakers have been able to reinvent themselves through all historical periods, but their creation has undergone a long and troubled path.
The most rudimentary version of this shoe was born in the XVI century, from the idea of the Native Americans to use latex to cover the sole of the foot and protect it from the harshest and most inaccessible terrain. The evolution in the modern era dates back to 1839 when Charles Goodyear invented vulcanized rubber and applied it to shoes. So, in 1850, in England, the first real gymnastics shoe was created: the ‘Plimsoll'. Called so because it had a white rubber strip on the sides that recalled the waterline (designed by Samuel Plimsoll) designed on the sides of the ships, to highlight the safety limits of the load. They will become a mass phenomenon only in 1896, thanks to the Athens Olympics and the athletes who wear them to compete.

The term 'sneakers' takes its cue from the verb 'to sneak', which means 'move silently'. In fact, this aspect is a characteristic of the shoe, because, thanks to a comfortable rubber sole, it reduces the noise to a minimum, making it almost non-existent.
Legend has it that this term was coined in 1800 by a policeman, whose job was to chase and capture the criminals. The noise of the shoes used at the time, as made of leather, was recognizable from afar, giving time for criminals to escape. The policeman decided then to wear new shoes, equipped with a rubber sole, so that he could do his job without being noticed and attributed the term sneakers to this silent shoe. Shortly after this word began to spread becoming the name with which the shoe was identified. This word becames officially part of the English language around the mid-1800s when Funk and Wagnall’s Standard Dictionary first used it.
Today, thanks to fashion, this term has been cleared globally and used by everyone, effectively eliminating the use of its synonyms as 'tennis shoes' or sneakers.

In 1920, in Germany, the brothers Rudolf and Adolf Dassler decided to enter the market by opening their company specialized in sports shoes for athletes, the 'Dassler'. They build an excellent reputation in the field of sports shoes also thanks to Jesse Owens who won four gold medals at the 1936 Berlin Olympics, wearing the shoes of the German brothers. Another Olympic brand was Converse, who stocked the entire American basketball team. Unfortunately (or luckily) the brothers Rudolph and Adolf Dassler decide to separate, and so it is that in 1948 they founded respectively the marks ‘Puma' and ‘adidas’.

The first mass diffusion outside the sport comes in the 50s thanks to James Dean and Marlon Brando. These rebellious icons serve as an example to the American youth who combine this model of shoe with jeans: an unusual combination for the time and probably also adopted as a synonym of rebellion against the stylistic rules imposed by society. The idea of revolution continues then in the 1968 Olympics in Mexico City, where the American sprinter Tommie Smith, after winning the gold medal of the 200 meters, gets on the podium barefoot and raises to the sky the gloved hand of black ‘Black Power’, finally leaving the spiked Puma shoes on the podium so that everyone could see this gesture that the world will never forget.

In the 70s, there isn’t any company that dominates the market. During this period, the best basketball players in the world sign with adidas and Converse, while Nike creates its first running sneaker, the Nike Cortez.
Vans, for his part, markets the Era, a pair of canvas shoes with flat rubber sole that will become the symbol of generations of skaters.

The 80s marked a turning point in the history of men's sneakers. In the U.K., football fans, then called 'soccer casuals', begin to appear on the stands, exhibiting branded sportswear and flaunting it as a sign of superiority over opponents. These lads often go to France, Germany and Italy to take possession of brands and models of shoes, often absent in their homeland, giving rise to a real resale market (an idea that will then be resumed with the - raffle'). In the same years, the world of tennis also witnessed a growth in the demand for sneakers, thanks mainly to the rivalry between Björn Borg and John Mcenroe, who represent respectively Diadora and Nike. The latter finally, in 1984, realizes a historic collaboration in the sports shoes market. The brand decides to bet everything on the NBA champion Michael Jordan and together they realize the first idea of 'signature shoes', or shoes made to measure for an athlete. When Jordan takes to the field wearing for the first time a pair of Air Jordan, he defines what will become a colossal success and that will bring all the brands of the world to focus on the production of sneakers. Since that day, in fact, these shoes have taken a far more 'mainstream' turn.

In addition to fields and pitches, the sneakers begin to go down in the streets. These shoes become a staple of the thriving hip-hop and rap scene. Many artists born from black communities show off their sports shoes as an integral part of their values and attitudes as well as lifestyle. The group Run-DMC in particular, become iconic and super-imitated thanks to their outfits inevitably completed by a nice pair of Adidas Superstar. The release in 1986 of the song ‘My Adidas’, leads to a sponsorship agreement with the brand, making Run-DMC the first group to collaborate with a brand of sneakers.
This legacy continues today with many sponsorships and collaborations, as it happens between Jay Z and Reebok in 2003 and Kanye West who founded with adidas the brand Yeezy.
Another great influence comes from the stars of the big screen like Michael J.Fox with the Nike Air Mag in the movie Back to the Future, or the Onitsuka Tiger, relaunched in 2003 in the movie Kill Bill by Quentin Tarantino, at the feet of Uma Thurman.

In the 90s Nirvana revived the All Stars, while in the late 80s' and early 90s' football Maradona is the Puma man, although the real protagonist of this decade is Nike. Among his testimonials we can remember Andre Agassi, Tiger Woods and Ronaldo (‘O Fenomeno’). The fame of the brand is also due to the release of the Air Max 1 that have redefined the concept of running shoe from the absolutely revolutionary release.

As it happened with jeans, born as a 'poor' garment from work, and then taken and reworked to be elevated to a garment worthy of entering the collections of the most exclusive brands and parading on the catwalk, so it happened with men's sneakers.
Prada realizes the potential of the shoe in the world of luxury and in 1997 creates, for the sailing team Luna Rossa, the America’s Cup (originally known as ‘Prada Sneaker’). Thanks to the perennial provocative Miuccia Prada, at the end of the 90s, the technical construction in mesh fabric, leather overlays and rubber sole, will kick off the prototype of high-end sneakers design. Today, in fact, the sneaker for men has reached such a success that it also enters the luxury market, just think of the Gucci sneakers with an attractive design, but with a lively spirit. No longer relegated to the gym, these shoes have undergone a makeover and now sit firmly in the realm of fashion elite. From Versace, to Dior and Saint Laurent, to the classicism Louis Vuitton, there is hardly a luxury brand that does not present its personal version. The passion for this footwear therefore shows no signs of weakening. In fact, hundreds of millions of dollars are spent on research, development and branding, to grow the technology behind the shoes and understand how they are interpreted by customers.

In addition to the haute couture’s one, it has gone to create a market based on collecting. Today, the true fanatics of the genre are called 'sneakerheads': individuals who collect the rarest and most inaccessible models in an unheard way and a very active secondary market has developed, that gave birth to the phenomenon of 'reselling'. For this reason, the brands base most of their campaigns on limited editions, such as the sneakers Nike x Off-White, intended for a restricted audience, but eager to conquer the most valuable pieces of the new collections. A key to the enduring love of sneakers is scarcity. adidas, for example, released only 1986 copies of its limited edition My Adidas Superstar 1986. Kanye West also bases its production on exclusivity, the Yeezy in fact are always made in relatively limited numbers. The major brands in the sector, seeing the potential created by this movement, have given way to the 'raffle': exclusive lotteries linked to launch events both online and offline, in which participants can buy certain products, usually in limited edition. This phenomenon has also caught the interest of private individuals who, after realizing the potential of resale of rare sneakers, have decided to create a business that is based on the acquisition of the last releases and then sell them at an increased price, not always legally. Currently the most prestigious shoe is the Solid Gold OVO x Air Jordan, born from the collaboration between Jordan and the rapper Drake. This pair of men's sneakers is made entirely of gold and is sold on the international market at the price of $2 million.

By now the men's sneaker has become a key piece of streetwear clothing, which, starting from sub-cultures, has made its way in the streets of the world, in a nutshell you must own a pair of sneakers! Find the perfect model for your needs in our wide selection.