It is the most formal of the informal shirts. Obviously, when you think of men’s polo shirts you can not mention first of all Ralph Lauren polo shirts that alone define a casual style and at the same time elegant. Whether it is characterized by classic cuts or the most informal and contemporary, the men’s polo shirt, has always evoked the world of sports. Today, however, it is back in vogue also in terms of street style that embraces more classic and prep-inspired men’s clothing pieces and elevates them to a cooler version. The versatility of the garment really involved everyone, thanks to the rebirth of fashion in the 70s. From the streetwear style of Supreme and GCDS polo shirts to luxury, as in the men’s polo collection of Bottega Veneta, Tom Ford or even Brunello Cucinelli. 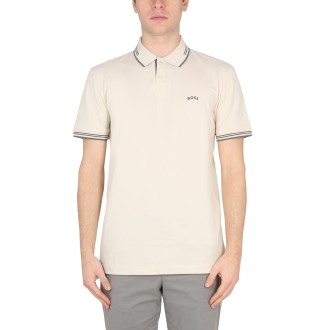 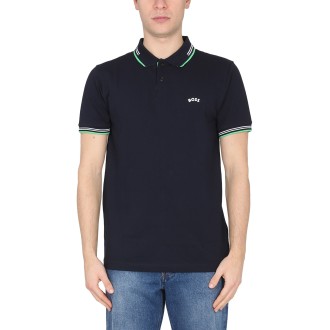 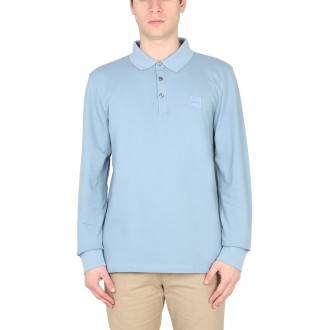 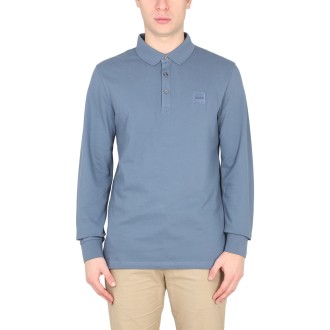 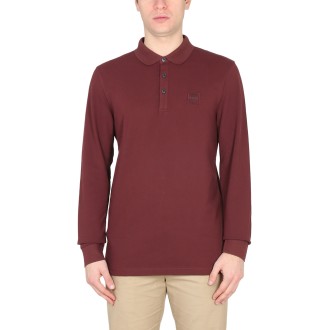 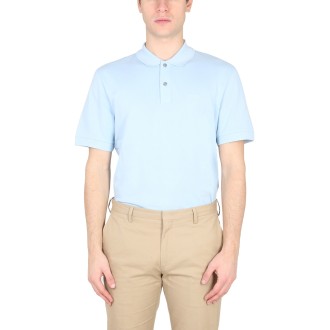 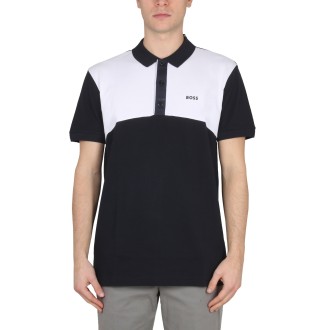 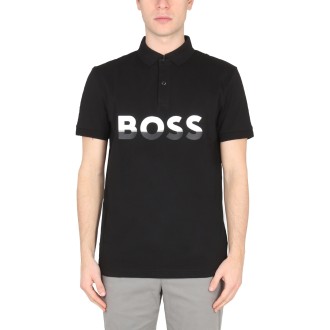 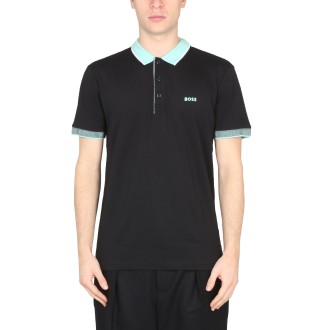 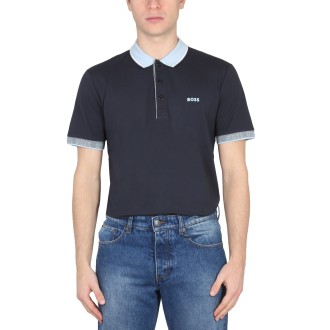 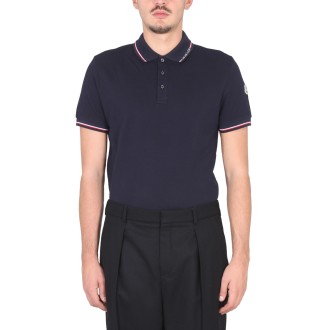 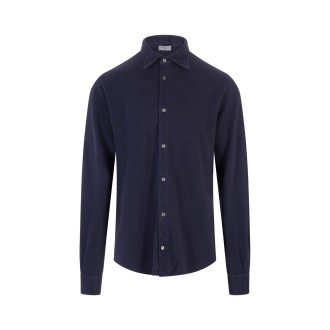 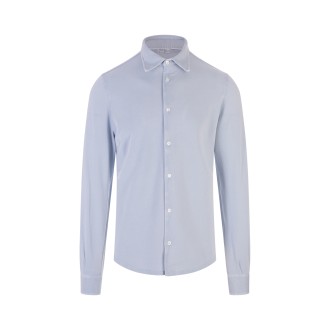 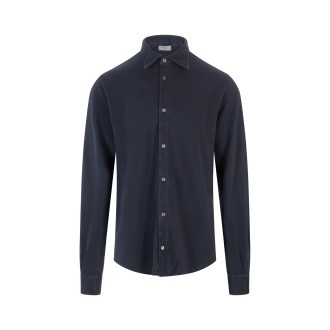 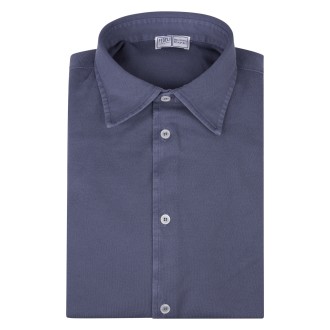 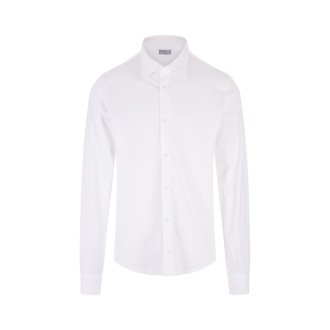 The polo shirt was born as a uniform for a sport (the polo, of course) and the fact that it is still a uniform for players (which is expected to respect the rules of style), keeps unchanged the correct character, even outside its sporting context. This specificity makes the men’s polo shirt a versatile garment that, depending on color, fantasy, combinations of collars or ribbed edges, can pass from the playing field to the office, without losing credibility.
Recognizable for the collar, which identifies the model, the men’s polo shirt can be equipped with two or three buttons, zip closure and long or short sleeves. Another distinctive feature is the processing of cotton in which it is made, called piquet, which is distinguished by the micro-drawings in relief given by the particular method of spinning. To date, polo shirts are also made with simple cotton or even in other materials, but piquet is always the ideal choice given the texture that emphasizes the design of the shirt.

A flashback. In addition to his short-sleeved blue shirt, American President Jimmy Carter also wears a tennis polo shirt (he played sports) during the Camp David negotiations (1978). Even without disturbing such illustrious precedents, it can be considered admissible to wear a polo shirt around a work table, especially in the single-color version, such as Kiton polo shirts, to match the single-breasted coat, presenting themselves in a casual way, but beware of the shape that remains impeccable. Also worthy of mention are the polo shirts by Tommy Hilfiger, whose trends go back to the classic American style, defined by the company as "preppy with a twist" (translatable as "cool with an extra flair").
In the field of men’s fashion, almost every brand presents in its collection a polo line, a staple from season to season.  Obviously there are brands that try to propose increasingly differentiated models such as Alexander Mcqueen polo shirts: casual, but elegant that stand out with some decorative element such as logo, skull or braces applied or printed on the shoulders. Men’s polo shirts by Homme Plissé Issey Miyake vary from classic models to those made with pleated fabrics that have always characterized the soul of the brand. Another avant-garde interpretation is found in the polo shirts collection of Jacquemus that embellishes the classic cut through asymmetrical processing, both to contrast and, to accentuate the sobriety of the garment.
If instead you aspire to a casual chic look, Fay men’s polo shirts are the right choice. Made in different shades and precious fabrics, they fully embrace the idea of Made in Italy.

Another brand that focuses on polo shirts is Fedeli, which goes beyond the classic model also proposing the version with long sleeves and complete buttoning, a sort of shirt made of piquet cotton with a more casual and original taste. From the most technical mood are instead RRD - Roberto Ricci Designs polo shirts, which gives a slim-fit cut and plays with details such as the patch logo on the sleeve, the buttons in contrasting colors or small colorful borders along the ends. Paolo Pecora also plays with stripes, enlivening his polo shirts collection with elegant and refined combinations of shades.
The technical detail (the zip) does not immediately make the polo shirt casual: on the contrary, the sporty styling combined with the formal, also used on the catwalk, has the advantage of making this classic wardrobe piece also modern, raising it to be more attractive for those who are less willing to break the rules of style. Some men’s polo shirts by Givenchy stand out for the presence of the zip wich, worn under an elegant blazer, create a casual and fashionable set that is at the same time both elegant and casual.

Of course, the most disengaged are sports polo shirts such as North Sails polo shirts. Golf and sailing, in addition to polo, are also different sports contexts in which the men’s polo shirt is worn as a uniform or as a sign of belonging to a club. If the beginning of the twentieth century, with the aspiration to a healthy and sporty lifestyle have launched this trend, the second ten years of the year 2000 have taken the baton, expressing the need for more frequent contact with nature and the adoption of a clothing suitable for the professional but versatile, so as not to lose the opportunity to enjoy, even without having anticipated it, of a walk to the park during lunch or an opening after work.

The other sport, in which the polo shirt is indisputably the leader par excellence, is undoubtedly tennis. In 1926, the French tennis player René Lacoste wore for the first time a sort of t-shirt (which he called jersey petit piqué), similar to the garment used by polo players. Starting from 1933 he began to realize these tennis polo shirts giving life not only to his namesake brand Lacoste, but also to a real movement of tennis players who wanted to follow his steps. Among these we find Frederick John Perry who founded the brand Fred Perry, and the Italian Sergio Tacchini who, in the sixties, gave impetus to the introduction of colors in tennis clothing, world until then dominated by white.

In short, it will be because it is comfortable and pleasant to wear or it will be because you have the opportunity to have a simple style, but unassailable at the same time, the men’s polo shirt is now definitely a must-have for both connaisseurs, that for those who come to this garment for the first time.